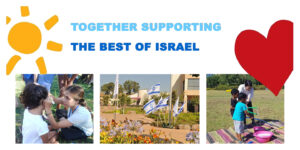 IMAGINE HEARING THE SOUND OF MISSLES 300 TIMES A DAY. THE SOUND, FEELING, AND FEAR BECOME FAMILIAR BUT THE IMPACT LASTS FOREVER.

Israel’s remarkable Iron Dome defense system has saved countless lives. With each incoming attack, the Iron Dome shoots its own missile to intercept the rocket and detonates it mid-air. Although the system creates a security blanket for the whole country, at a kibbutz in Southern Israel, the deafening noise, the sensation of a chest-thumping, and constant fear for one’s safety has left a generation of Israeli kids with PTSD.

Asher is 8 years old, and grew up on the kibbutz with his two brothers. These happy boys lived with the oblivious joy of childhood until 3 weeks ago when the Iron Dome operated up to 300 times a day—nearly once every 5 minutes.

Asher’s mom, Shira said “He no longer sleeps, he has panic attacks, and he barely speaks. Our sweet boy is transforming before our eyes because our closest neighbor, the Iron Dome, is our best friend and enemy.”

Shira was contacted by Jordan River Village’s team asking if she would like to bring Asher and his whole family to the Village, for free, to experience some respite and healing fun. For three days, Asher and his family participated in many of the programs offered at the Village—they climbed ropes, pet small animals, played on the playground, and made art projects. They also met other families from Southern Israel who are experiencing the same challenges. For Asher, being at the Village allowed him to rediscover the bliss of childhood fun and learn some coping mechanism for him to feel stronger when he returns home.

After her experience at the Village, Shira said “here I realized how the noise of missiles had been replaced by sound of laughter. Hearing Asher laugh was a dose of medicine for my soul.”

By promoting “a different type of healing,” the Village represents the best of Israel as it impacts each sick child, strengthens families, empowers communities, and promotes social change in the entire country. 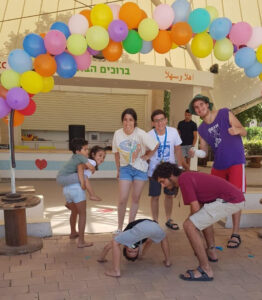