Claude grew up in NYC, attended Ithaca College and the Sorbonne for his BA, and then attended UCLA, U of Houston and NYU for an unfinished MBA. Claude worked in France for several years after a short stint teaching high school French in Vestal NY. In 1980 he returned to NY and joined Lehman Brothers and subsequently Oppenheimer and Co. In the 1990s Claude founded a long distance telephone company which was sold in 1999.

In the non-profit arena Claude created several programs focused on strengthening the Jewish commitment of young Jews including the Outreach program “Traditions on Wheels” which was successfully duplicated in over 50 communities in North America. He has served as the Campaign Chair for the United Jewish Federation of Stamford, CT, worked on the UJF executive committee, and is currently on the boards of Arts for Healing and the UConn Chapter of Hillel. Claude has recently joined the Board of Inspirica the Homeless Shelter in Stamford CT. Claude’s biggest love is his work for Jordan River Village. Claude has been married to Melody for more than 30 years.

Toby Deutsch is a board member and past three term co-president of her current synagogue, and past officer of her previous synagogue sisterhood and board. She is also past board member of Brandeis National Committee.

Sara is the President of Lahat S. LTD, an art collector, and sits on the board of many charities. She is the Vice Chairman of Jordan River Village, and a representative of the Israeli Board to AFJRV.

Yvette Lowenthal-Mulderry  is a philanthropist with a special interest in charities which support children. She is the co-chair of the development committee for the MA and NH Youth Village board and was the 2014 Youth Villages Spring Celebration Chair. She also volunteers on the family council of The Esplanade Association, promoting park stewardship and addressing the needs of families, as well as on the Combined Jewish Philanthropies’ Lion of Judah Luncheon committee, both in Boston.   Other volunteer commitments include the MSPCA Spring Gala and The Esplanade Association’s Moondance Gala. Yvette also organized Party with a Purpose, a fundraising event benefiting Youth Villages’ transitional living program. She and her husband, Pete, are the parents of Benjamin.

Avishay Nachon is an Entrepreneur and Educator. Has been heavily involved over the last two decades as a leader in social programs, managerial roles, training and consulting as well as creation and organization of unique educational projects in Israel and worldwide. Nachon, holds an MA in Labor Studies and a BA in Education Policy and Management, as well as a degree in Conducting and Composition, from the University of Tel Aviv, Israel.  Currently, Avishay serves as CEO and owner of Camp Kimama – Educational projects and international summer camp programs for Jewish Youths from around the world. He splits his time between New York and Tel Aviv.

Kayla retired from the Jewish Community Center of Greater Boston in 1986 and spent several years doing long distance sailboat cruising and adventure travel with her husband, John. She volunteered for a number of Jewish organizations in Florida, and eventually joined the board of the Foundation for Jewish Camp for 10 years, and Camp JRF, where she chaired the site acquisition committee as the Reconstructionist Movement developed its residential camp program. She was a founder and early president of Reconstructionist Congregation Kol HaNeshama in Sarasota. She was introduced to JRV by founders Murray and Marilyn Grant. She divides her time between Sarasota, Bethesda, Maryland, and Westport, Massachusetts, accompanied by John. Their family includes 6 children and their spouses, 11 grandchildren, 2 step grandchildren, their dog, Freilach, and 3 grandogs.

Neil Ruben is an attorney at Finn Dixon & Herling LLP in Stamford, CT.  His practice focuses on representing corporations and private equity and venture capital funds in domestic and international control investments, minority financings and related transactions. He attended NYU School of Law.  He lives in Riverdale, NY, where he is heavily involved in the Jewish community, with his wife Hilana Ruben, who is a resident at Columbia-Presbyterian Hospital.  He also serves on the Young Professionals Committee of Inspirica, Inc., a charity based in Stamford, CT, that focuses on breaking the cycle of homelessness in Fairfield County.

Ariella Saperstein has worked in the Israel-related non-profit sphere for 15 years, currently as Program Officer for Maimonides Fund in NYC. She spent four years as Israel Program Officer at the Helmsley Charitable Trust, focusing on support for scientific and medical innovation, healthcare preparedness, and Israel’s standing in the world. Her previous work experience also includes overseeing governance and university relations at American Friends of The Hebrew University, and directing public programs and educational workshops at the Anti-Defamation League. Ariella has been awarded a Germany Close Up fellowship by the German government, an Israel Diplomatic Fellowship by the Israeli Consulate of New York, and was selected as a participant in the 2012 and 2013 New York Leaders program sponsored by the Foreign Policy Initiative. She holds a B.A. in Philosophy from Haverford College and a Master’s Degree in Jewish Professional Leadership.

Michelle (Mickey) is principal at M. Schwartz Ent. She has a clinical and administrative background in nursing. She has taught and advised in the field of medical ethics and health policy. She is currently an angel investor and managing director at Golden Seeds. Michelle’s current project is being part of the startup team at Steve & Andy’s Organics. Michelle has recently moved back to New York after many years in San Francisco. She has 4 children and 2 dogs.

Elaine graduated from Pace University with a B.A. in English in 1985 before going on to attend the Benjamin N. Cardozo School of Law where she was a member of the Cardozo Law Review and graduated magna cum laude in 1989.  Elaine’s legal career has concentrated on litigated civil matters related to real estate, corporate governance and family law.  In addition to maintaining a legal practice in New York, Elaine is regularly appointed as a Referee in matters before the NYS Supreme Court, is an Adjunct Professor teaching undergraduate and graduate classes in business law at Strayer University and recently became a FINRA Arbitrator.

Throughout her professional life, Elaine has remained actively involved in the nonprofit sector; beginning as a mentor in Big Brothers/Big Sisters, serving as a volunteer Arbitrator in the Small Claims Part of the Civil Court of the City of New York and working as a Housing Coordinator at a Connecticut nonprofit.  Elaine’s commitment to Jordan River Village initially developed while she was working with SeriousFun Children’s Network. Elaine was a lifelong New Yorker until almost a decade ago when she moved to Connecticut shortly after the death of her husband.  Elaine lives in Westport with her teenage twins, Seren and Strat.

Billy became the Executive Director of the Leo Baeck Institute in January, 2013.  Dr. Weitzer, formerly the Executive Vice President at Fairfield University in Connecticut, has over thirty years of experience in academic affairs, budget and finance, fundraising, community relations, and program evaluation. The Leo Baeck Institute is a research library and archive that documents the history and culture of German-speaking Jewry, primarily in the 19th and 20th centuries, but also including documents dating back to the Middle Ages.  It was founded in 1955 as a repository for the books, papers, photos and documents that were salvaged from Central Europe after World War II.

In addition to his professional accomplishments, community involvement has been a priority in Dr. Weitzer’s life. While at the University of Massachusetts, he served on its Hillel Board and later was active in addressing equity and diversity issues in the West Hartford (CT) public schools.  He currently serves on the boards of the Jewish High School of Connecticut and the American Friends of the Jordan River Village. He lives in Brooklyn with his wife, Lisa D. Grant, who is a professor at the Hebrew Union College.  Dr. Weitzer and Dr. Grant have two adult children, Hannah and Nate.

Sara Lahat - Deputy Chairman of the Board of Directors 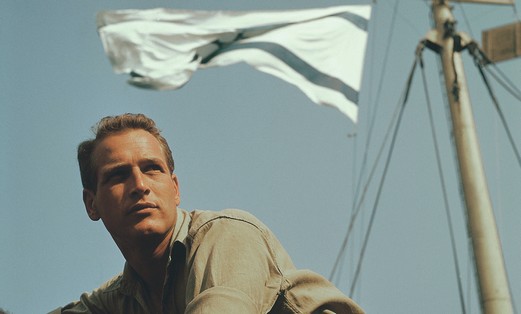 Paul Newman left a legacy in Israel that is far greater than simply his portrayal of Ari Ben Canaan in Exodus, he was instrumental in the founding of Jordan River Village — helping guide the process, assisting with fundraising, lending his name, making connections, and so much more.

Paul is quote as saying:  “Let’s make the Village a peace camp” — he dreamed that it would help all sick children in the Middle East transcend their differences while focusing on the magic and fun of camp.